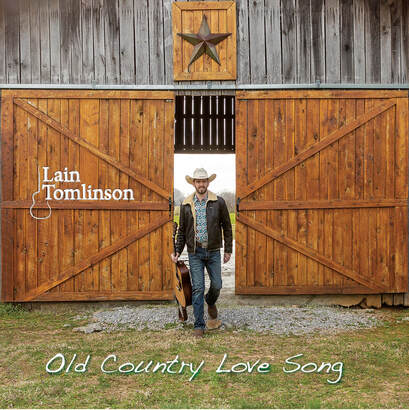 Lain Tomlinson is proud to announce his first professionally-recorded album, Old Country Love Song​, was released on April 22, 2022! The album features 8 neo-traditional country tracks: seven of them tell the story of a relationship from start to finish, and the eighth track is a country-gospel song. With upbeat dance songs like Old Country Love Song and How Good It Felt (With You In My Arms) and country crooners like Spring Hill and Bless Your Heart, there's something for everyone on this album. Lain Tomlinson was a writer/co-writer on all songs, so you will definitely hear the heart of the meaning behind each of the songs.

The album was recorded at Scenic Ridge Records & Studio in Mt. Juliet, TN. The tracks are performed by Lain Tomlinson, Lee Austin, and members of the legendary Kenny Rogers band. Randy Dorman produced the album and was the photographer for the album artwork.

Old Country Love Song is available to stream on Apple Music, Spotify, YouTube, Amazon Music, and other streaming platforms and is available for purchase digitally and through Lain Tomlinson's merch store.
Listen Now!

The iPhone Sessions is a raw acoustic album that was recorded in the middle of the 2020 pandemic using only natural acoustics and an iPhone. With songs about love, heartache, redemption, and a tribute to Tom Petty, there's something for everyone on this album.
Buy Now